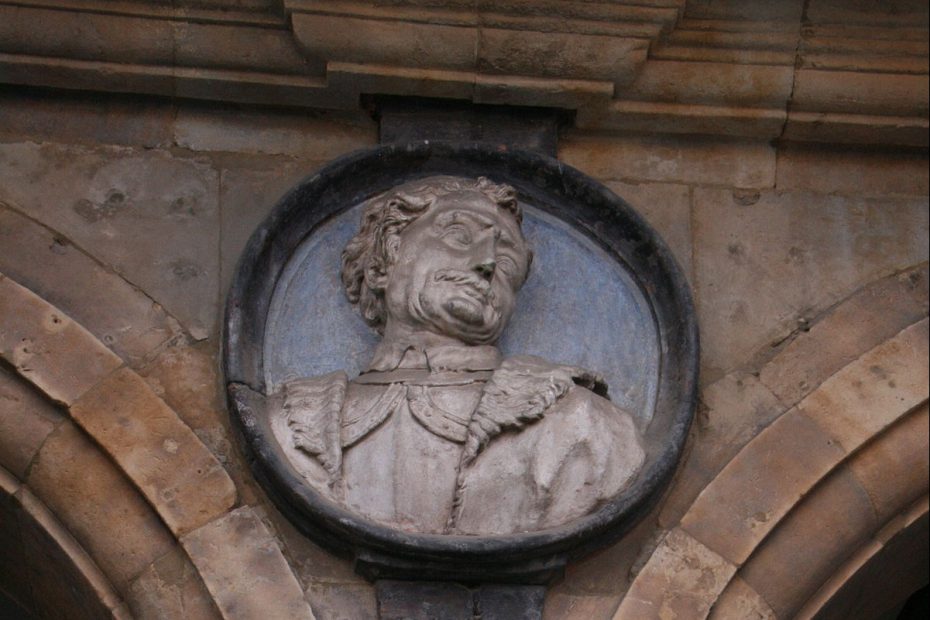 In 1485, an unknown Christopher Columbus came to Salamanca in search of support for his utopian expedition to sail to India across the Atlantic Ocean.

At this time it was already known that the earth was round but the existence of America was not known.

A dark legend criticizes the attitude of the city of Salamanca, for having rejected the sailor's project. However, we now know that his plan didn’t have a foundation and the project was not viable. The distance that Columbus estimated to reach India, China and Japan, was even smaller than the distance to the Caribbean islands, which are much much closer. The Caribbean islands were found by accident in 1492.